Don’t Cry Over Spilled Wine: The Return from Camp

“Lily”, she wants to be called.  That’s her code name, “Lily”, my oldest twice exceptional daughter.  She’s 10.  My youngest daughter, 8, requested the faux name, “Zoolander”.  So now you know.

Anyway, “Lily” has been away at summer camp.  2 weeks.  Sleepover.  We missed her terribly and worried every day.  Would we get a call from camp because Lily was having trouble?  Maybe she would get upset about something and be unable to recover… What if there’s a change in plans, like horseback riding instead of swimming time, and Lily gets frustrated with the unexpected change?  What if there are rowdy games that are too loud and chaotic and Lily gets too overwhelmed?  What if the girls in her cabin are more socially advanced than Lily and she doesn’t fit in?  Maybe they talk about boys and pedicures and don’t get Lily’s quirky sense of humor or her interest in Corvettes & herbal remedies?

I don’t know.  We have to be prepared for a phone call, because whenever we get comfortable and expect that Lily will go through life like everyone else, we’re caught off guard by a phone call about Lily.

I didn’t leave any special instructions or tips for Lily’s camp counselors.  I felt like it was either all or nothing.  Sometimes, I think I should just write a ‘Guide to Lily” that I hand out to everyone who comes in contact with her.  But I know an instruction manual isn’t the answer.  I’d like Lily to eventually know herself well enough to be able to advocate for herself, to ask for what she needs to be more comfortable in the world. 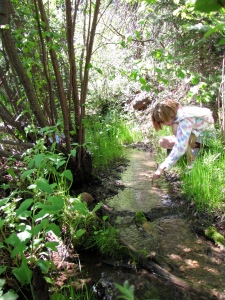 We did receive a postcard from one of Lily’s counselors while she was gone.  It said that Lily is ‘definitely an amazing free spirit who isn’t afraid to explore and step out of her box.  She has really been into participating in Wilderness Exploration and loves to learn about plants.’  That didn’t surprise us.  Earlier in the summer, she pored over a book about edible plants and said she wanted to grow up to be the kind of witch who heals people with plants.We were relieved by the postcard.  Sounds like her counselors really get her… Lily is definitely ‘an amazing free spirit.’ 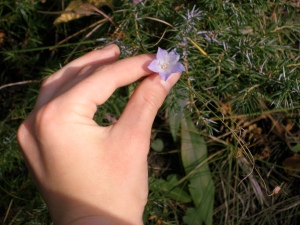 When Lily saw the three of us walking up the path to her cabin she bolted toward us and plowed right into her sister, grabbed her and they hugged each other for a long time.  Lily told Zoolander, “I love you!”  Then she dragged us to her cabin.  She immediately showed us the bracelet she’d been awarded in a special ceremony the night before.  On it was a wine glass, tipped over with wine spilling out.  It was supposed to represent a trait and strength that each girl had demonstrated at camp.  Lily excitedly told us that her bracelet represented ‘adjustability’.  My throat immediately tightened.  I blinked to stop my eyes from stinging. 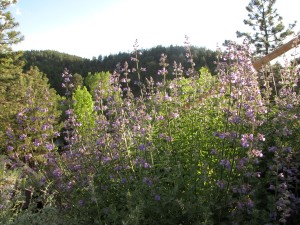 Lily’s counselor pulled me to the side and asked, “Does she have a hard time with loud noises at home?”  “Yes”, I answered.  “Well, she was amazingly flexible this week and just really worked hard on being adjustable and going with the flow.”  She seemed to be referring to a specific incident, but my mind was stuck, wondering… how did they know that flexibility is one of things that she has a hard time with and was something that we’ve been working on–regulating her emotional response to changes, part of her struggle with her Executive Functioning.  It still freaks me out that her college-age counselors showed such insight.  Do they train them to do that?

As we left, I watched carefully as Lily said goodbye to her bunk mates.  They all seemed to like her and I didn’t see anything unusual in their interactions.  Lily was over the moon the rest of the day, full of stories and songs about camp.  I asked her if the overturned wine goblet on her bracelet meant that she shouldn’t cry over spilled wine and she laughed.  She told us that the girls in her cabin were full of ‘drama’, but she did meet another girl who will be going to her middle school this fall, in the same grade.  One more familiar face to help with the transition… I hope. 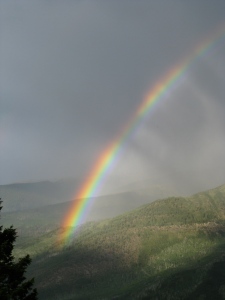