Wanna Buy a Used Car? The Joy of IEP Negotiations

You know what it’s like when you shop for a car and how you dread getting down to the nitty gritty with the salesperson?  The haggling… the part where you have to get forceful and threaten to walk away to get the dealership to finally concede and do you a big, fat favor and throw in the wheels to go along with the car?

In the end, though, at Lily’s annual IEP review meeting today, after two and a half hours, we came to an agreement with positive feelings all around.  But I had such a difficult time getting them to understand why it is so important to scaffold the support of Lily’s Executive Function skills that I wish I had arranged for Dr. K to call into the meeting.  Next time.

Students Who Struggle with Writing

So… writing.  I know a lot of Twice Exceptional students struggle with writing, maybe, like Lily, for several different reasons.

Now in middle school, Lily says she doesn’t turn in a lot of her work on time because she doesn’t have enough time to finish writing it in class.  She does well on her tests & quizzes because, most of the time, they require short responses.  But her in-class work is a struggle, even when using her netbook.  It’s better, definitely, but still hard.

This is actually the 2nd issue, besides organization, that I want to discuss at her IEP review mtg tomorrow… some sort of reduction of repetitive, written work.

Lily has complained to me before, saying that it’s dumb that she has to write out full sentences when she already knows the answer.  She said, “ I can say the full sentences out loud if someone asks me, but it’s so hard to write them and I never have time to finish.”

Lily has always had a hard time with writing.  We first noticed in 2nd grade, when we discovered that she had a desk stuffed full of unfinished worksheets.  Her teachers reported that when Lily was faced with a blank sheet of paper, she would shut down or melt down.

Actually, I first thought something was up in 1st grade, when I made her hand write her classmates names on their Valentine’s cards.   It. took. for. ever.  And I remember getting frustrated that it was taking her so long.  Oh, it kills me to think about it.

Even up through 5th grade, I scribed most of her homework assignments for her and she was unable to even start a writing assignment on her own.  At the end of 5th, we got her up to speed on typing and she began using a laptop for most of her written work in class.  That did make a big difference, but that was only one part of the problem.

DYSLEXIA-In her learning evaluation, Dr. Paula found that Lily had highly-compensated dyslexia.  Lily was a late reader; didn’t really read until the end of 2nd grade, but by 5th she was reading a grade-level ahead.  Dr. Paula felt that Lily was such a visual learner that she was using her visual memory to decode words and was using a ‘holistic sight method’ to spell. Her dyslexia was showing up in her difficulty with writing.  This amazing article on Stealth Dyslexia, which describes both my daughters,  was first written by Brock and Fernette Eide,  back in 2005, but I feel that many educators still seem unaware that it exists.  Dr. Paula did not think Dyslexia was Lily’s main issue with writing.

SPD/Sensory Processing-Lily’s sensory issues were also interfering with her ability to write. She has decreased fine motor skills and she is left-handed, which makes writing a laborious process and still makes her handwriting very difficult to read. Switching Lily to typing has made writing somewhat easier for her.

ADHD/Executive Function-This was and still is the big doozy.  Lily’s executive function deficits interfere with her ability to plan and sequence her thoughts and then, get them down on paper. Visual organizers are supposed to help with that, but it did take some time for Lily to find one that was a good fit for her.  She also performs much better if she is taught to plan her writing in a very structured and repetitive way… like a formula that just requires that she plug in her own words.  In the beginning though, just one year ago, Lily’s EF was so bottlenecked that she even needed the steps to get ready to write spelled out for her… get a pencil out, get your writing notebook out, etc.

Lily has made great strides this year in 6th grade and is writing much more independently than I thought she would at this stage.  I feel like she’s able to plan, initiate and sequence her writing so much better, but it just takes her longer than her classmates and that’s something I want to discuss at our IEP meeting.

Just one final thought on twice exceptional students and writing for now.  I know several families and their 2E children who struggle with writing and we all have the same question… Where are all the research-based intervention programs for writing?  If dyslexic students often have difficulties with writing too, why is it so hard to find them help?

Why do I always feel icky after those meetings at school?  I think it’s because I don’t like the person I have to become to fight for my twice exceptional kids.

Individually, I really like all who attend… teachers, principal, GT rep, Instructional Coach, etc.  I believe that they believe they are trying hard to help Zoolander.  But I also think that if I don’t continually push and push, and sometimes get ugly, Zoolander will not get what she needs to be a successful learner.  That is what I have learned.

What I want to tell them is this… “I’m sorry I sometimes have to be unpleasant in these meetings, I like and respect you all, and I know you work hard, but I don’t trust you anymore and when I say ‘you’, I mean the ‘system’.  I got burned before and my child suffered for it and I’m not going to let it happen again.”

When Lily started having difficulties in school in 2nd grade, I was assured that they were working on it.  They did a full evaluation and started an IEP for her.  As a twice exceptional student she qualified for an IEP because of her ADHD.  I was completely clueless and just signed on the dotted line.  I had no idea I could offer IEP input and even if I had, I wouldn’t have known what to do.  I trusted that they knew what to do.

Lily’s difficulties just got worse, but I was assured that her case was being discussed at higher-levels.  She was visiting an ADHD Coach, but seeing no results.  By 4th grade, Lily’s teacher suggested I get her evaluated privately.  She had a twice exceptional college-aged son who had similar challenges and she had done the same.  That’s when I started to wise-up.

We then spent more than a year gathering info on Lily… with extensive (and expensive) outside testing, evaluations and therapy.  When I was ready to go back to the table with the school to get Lily the help she needed, I was blown away by what hadn’t been done for Lily.

Not one person was looking at the big picture.  The district had done testing, but no one had analyzed it looking for clues.  Her IEP goals, written by the school, were way off-base.  I was struck by the fact that up until now, Lily, herself, had been blamed for her behavior and no one with the proper expertise had bothered to figure out what was actually causing her behavior.

Eventually, it was our outside experts who pieced together the causes of her behavior, which I brought to the school and to the district.  I was then frustrated to discover that no one really knew what to do to help.  I demanded that the district provide the resources to come up with a plan, but in the end, again… it was our money and our outside experts who provided the answers.

So, even after all that, even after trying to educate myself as much as possible using wrightslaw.com, even after using the services of a knowledgeable advocate, I still feel like there is so much unspoken at those meetings.  There are resources that aren’t mentioned, protocols that aren’t followed, procedures that aren’t discussed, tests that aren’t done and unless I know to ask, no one will tell me.

Makes sense, because if a parent is unaware, why would the district volunteer their limited resources? That’s their biggest advantage in a negotiation—they know and you don’t. Another common tactic that really gets me is the subtle vibe–’we’re calm professionals and you’re a crazy mother who is overreacting and imagining problems and expecting too much.’

So, in conclusion… that’s where I’m coming from at these meetings and that’s why I am forced to be… (nothing personal, of course)… a mistrustful jerkwad.

Have you seen this show on Science Channel? I love it.
http://science.discovery.com/tv/ingenious-minds
Each episode profiles a savant or genius whose mind works in a different way. They each have an extraordinary ability in areas such as art, music and mathematics, while also suffering from intellectual and developmental disabilities. Some have autism or Asperger’s. Talk about twice exceptional! The episode I watched last night was about Temple Grandin. They used a lot of clips from the HBO movie with Claire Danes. 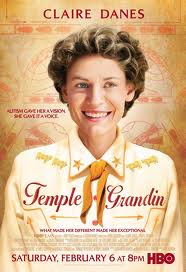 I had a very emotional reaction to that movie, recognizing some of the same traits in Lily. Not that she is even on the autism spectrum, but I recognized Lily’s sensory sensitivities, her anxiety in new situations, her visual perception and memory. And, of course, I could definitely relate to her mother’s challenges.